I made stuffed green peppers. The recipe I adapted it from was for 8-10 peppers, and as it is just me and Jake I cut it in half for 4-5 so we could each have one and then another one for leftovers sometime. Well there was actually way too much stuffing for just 4 peppers…this recipe is definitely enough for about 6 peppers. (depending slightly on pepper size obviously).

Here is what ingredients you will need:

– Peppers(*helpful tip is to make sure that they are stable enough on the bottom to ‘sit up’ on their own so you don’t have spilling peppers! 🙂

– Can of DICED tomatoes(yes the picture is of stewed tomatoes, thats what the recipe called for, but I had to spend time cutting them into smaller pieces and so next time I’ll be using diced)

-Chili powder, and I threw in some chipotle powder too

– Cheese to sprinkle on top

Here is what my pepper stuffing looked like after I was done:

Here is the finished product:

VOILA! I served this with some biscuits I had left over from another recipe- but would be good with a salad too!
Hope you enjoy &  please share with me if you adapt and experiment with this and come up with your own tasty creations!
xoxo
-G

White rice is a 2:1 ratio and brown rice is 1.5:1, so two cups of water for every one cup of white rice and 1.5 cups of water for every cup of brown rice.
-I always rinse my rice before I cook it- particularly for white rice. Usually 5-10 rinses or until the water is no longer cloudy.
-Combine the correct amounts of rice and water in a saucepan(you can add a little bit of oil (canola,veggie,olive or whatever you choose)) bring to a boil with the lid OFF.
-A soon as the water starts to boil, turn the burner to low and place the lid on the pot
-Simmer the rice for 17-20 minutes and ta-da! super simple.
*for brown rice after the 20 minutes is up I remove the pot from the burner but continue to let the rice sit for another 15 minutes before I serve- not sure why but it always turns out better when I do 🙂
easy peasy! 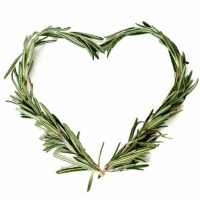